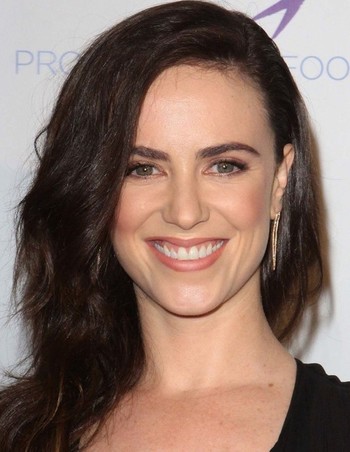 Amy Manson (born 9 September 1985) is a Scottish actress, known for portraying Alice Guppy in Torchwood, Abby Evans in Casualty, Lizzie Siddal in Desperate Romantics, Daisy Hannigan-Spiteri in Being Human (UK), Medea in Atlantis, and Merida in the fifth season of the ABC fairy tale drama series Once Upon a Time.