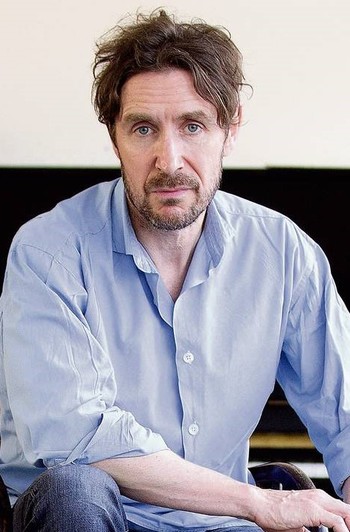 "I'm a Doctor. Though, probably not the one you're expecting."
"I'm not a sci-fi lover; I wasn't from the start. So perhaps I miss that passion for other worlds, other dimensions, that sort of scope and that magnitude of storytelling; that's not my thing though I meet plenty of people whose thing it definitely is."
Advertisement:

Paul John McGann (born 14 November 1959 in Liverpool, England) is an English actor who made his name on the BBC serial The Monocled Mutineer, in which he played the lead role. He's also known for his role in Withnail & I, and for portraying the Eighth Doctor in the 1996 Doctor Who television movie and subsequent Big Finish Doctor Who audio plays, along with a brief appearance in the revived series.

Despite his extremely brief on-screen tenure in Doctor Who, his Doctor is well-loved due to his being a connecting thread during Who's cancellation years; his comic series and audio adventures have quite a large fandom. Starting in 2008, he stopped being a regular in the monthly episodes and started starring in his own separate Big Finish Doctor Who series The New Eighth Doctor Adventures. McGann finally got to canonically connect the dots between his Eighth Doctor and Christopher Eccleston's Ninth Doctor via John Hurt's War Doctor seventeen years later in the minisode The Night of the Doctor.

His three brothers Stephen, Mark and Joe are also actors. Stephen is probably the best known, playing Dr. Turner on Call the Midwife. All four starred together as brothers in The Hanging Gale.

Tropes associated with this actor's works include: