Podcast / The Minister of Chance 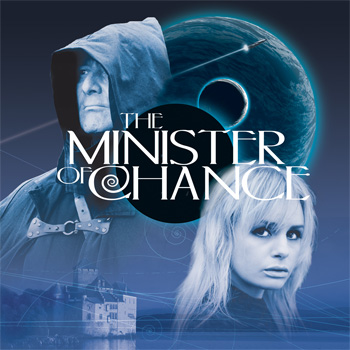 "In the beginning was the data, and the data was complex and dynamic, and from the data came forth all the laws and forces of the world. And first amongst these was Causation: for every effect there is a cause."
—The Theory of Fields

The character of the Minister of Chance was first introduced in the 2001 Doctor Who webcast Death Comes to Time. In 2013, he returned in a six-part podcast, played by Julian Wadham instead of Stephen Fry this time. Unlike Death Comes to Time, which is explicitly set in some version of the Doctor Who Expanded Universe, any connection between The Minister of Chance and that continuity is oblique at best.

Despite being entirely crowdfunded, it has attracted an impressive cast (including former Doctors Sylvester McCoy and Paul McGann) and won a Parsec award for best short-form audio drama. A short film version of the prologue episode is currently in post-production, with a feature-length adaptation of the whole series proposed as the next step.

The Minister of Chance contains examples of: