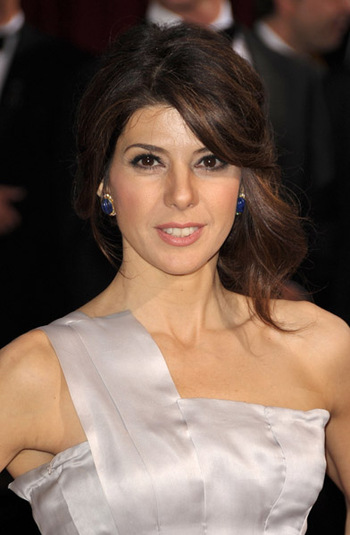 "I prefer to express myself physically, or non-verbally. I prefer just to react without having a lot of dialogue."
Advertisement:

In 2019, the documentary show Finding Your Roots discovered that she and fellow actress Julianne Moore are cousins.

Tropes related to Marisa Tomei include: