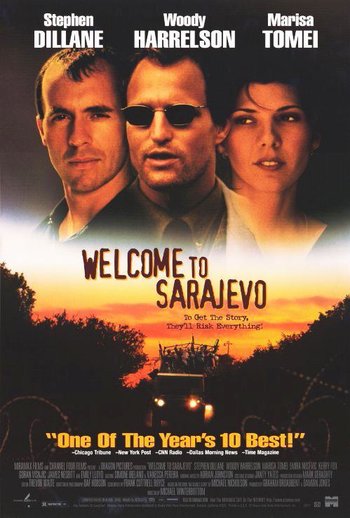 Welcome to Sarajevo is a 1997 American-British war film directed by Michael Winterbottom and starring Stephen Dillane.

It takes place during The Yugoslav Wars that has a reporter, Michael Henderson (Dillane) traveling there to cover the events happening in the Balkans. As he spends more time there, the situation in Yugoslavia continues to deteriorate.