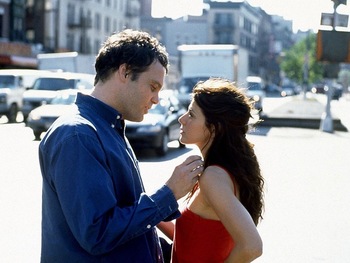 This is a movie that deconstructs the classic Boy Meets Girl trope brilliantly. Ruby (Tomei) is a codependent who always dates men that she needs to fix. Sam (D'Onofrio) is a man with many odd quirks, not least of which includes his story that he traveled back in time to find her. Ruby, caught up in coincidences and her feelings for him, struggles to balance her own needs as well as deciding whether or not to believe him.