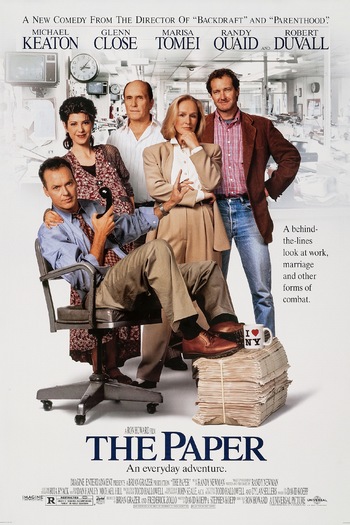 The Paper is a 1994 comedy-drama film about 24 hours in the life of a fictional New York City tabloid, directed by Ron Howard and starring Michael Keaton, Glenn Close, Marisa Tomei, Randy Quaid and Robert Duvall.

The film depicts a single, hectic day in the personal and professional life of New York Sun metro editor Henry Hackett (Keaton). The main story of the day is the murder of a couple of visiting businessmen. When the reporters discover evidence suggesting a police cover-up of evidence of the main suspects' innocence, they rush to scoop the story in the midst of professional, private and financial chaos.