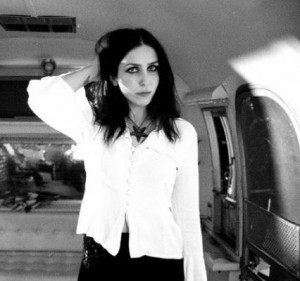 Chelsea Joy Wolfe (born November 14, 1983) is a singer-songwriter from Sacramento, California, who describes her music as "drone-metal-art-folk." She covers a wide variety of genres with her music, incorporating varying degrees of folk, electronic, alternative rock, and heavy metal into her songs, and each album she puts out tends to be a New Sound Album. Her songs have been featured in car commercials, as well as trailers for Game of Thrones, The Killing, and Fear the Walking Dead. Also she became Wonder Woman in the Motion Comic adaptation of DC Comics' Dark Nights: Death Metal.