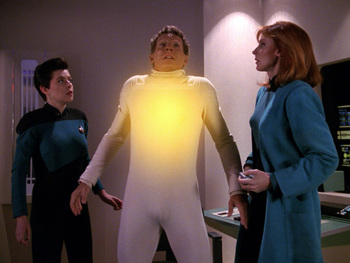 The Enterprise finds a crashed escape pod while exploring an uncharted planet, and finds an alien who is barely clinging on to life. After resuscitating and stabilizing him, the man's body shows amazingly quick recuperative powers. Unfortunately, he doesn't remember who he is or where he came from...