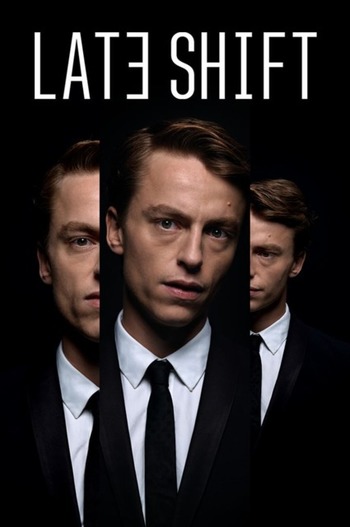 You're a night watchman working at the local parking garage, it's pretty boring work and tonight is just as slow as ever. Best to just sit back and study while the hours tick away... until you notice something come up on the monitor. You investigate and before you know it you're being held at gunpoint by a gang of thieves intent on knocking over an auction house... and they need your help. So begins Late Shift, a 2017 interactive movie done entirely in live action that casts the players as protagonist Matt Thompson. A throwback to the Full Motion Video game genre.

Do you help the thieves with their job in exchange for a cut of the profits? Do you try to alert the police and bring them to justice? Are you willing to stick your neck out for other people or be a greedy bastard and only look out for yourself? A lot can happen with a single choice and players change the story with their decisions. Of course, its much better to experience the game firsthand rather than read about. It's available on Xbox One, Playstation 4 and Steam so pick your poison and get on with your night.