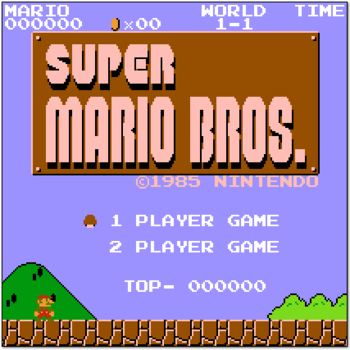 I mean, unless Mario is also their surname... note Which it is, in the 1993 film.
Sly Cooper: We're friends! Equals!
Dr. M: Then why is it called "the Cooper Gang", you self-centered ego-maniac?!
— Sly 3: Honor Among Thieves
Advertisement:

This is when someone names his team/group after himself. Sometimes justified in that the group namer is the most famous member, but sometimes it's just a point of self aggrandizement. And sometimes it won't even be noticed by the namer.

Note this doesn't include "X and the Ys" names unless Y is very strongly related to X which would be Face of the Band, or instances like The Mighty Ducks where they named the team after someone else, in that case, to get that someone to sponsor them.

Compare Egopolis, Conspicuous Consumption, Airstrip One. May overlap with Identically Named Group if the group is named after their shared name.