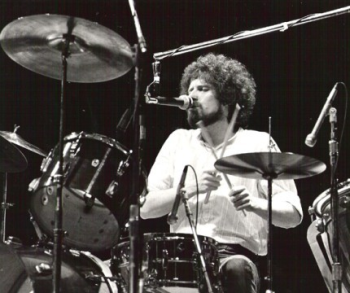 Drummers in a band, as a rule, are usually forced to be in the background while the Face of the Band takes the center stage.

However, there are a select few bands whose drummer is known to sing lead on some or all of the band's songs or otherwise being a lead or the Face of the Band in it.

Sister Trope to Lead Bassist. Contrast All Drummers Are Animals and Dumb and Drummer.