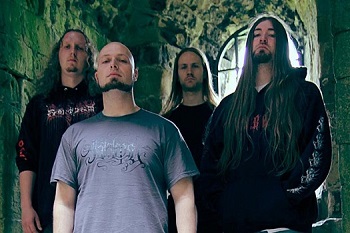 They formed in 1994, originally as a side project of guitarist Wolfgang Teske and his son, drummer Lille Gruber. Gruber is the only original remaining member left in the band, following the departure of Teske in July 2008. The other members are Christian Kühn (guitar), and Jacob Schmidt (bass guitar). For almost a year the band was looking for a new vocalist, due to Jens Staschel leaving the band shortly before Teske; Staschel's replacement, A.J. Magana from Disgorge was announced in June 2009.

Since their formation, Defeated Sanity has released three studio albums: Prelude to the Tragedy (2004), and Psalms of the Moribund (2007), both through the United Kingdom-based label Grindethic Records, and Chapters of Repugnance (2010) and Passages into Deformity(2013) through Willowtip Records. Defeated Sanity also released numerous promos, demos and splits. Influenced by bands such as Cannibal Corpse and Suffocation, their music is mostly based on the New York death metal style. On 2 May 2009, the band announced their signing to Willowtip Records.

In 2010, shortly after Chapters of Repugnance was released, ex-original member Wolfgang Teske had died of cancer, making any possible chances of him rejoining his son all but hopeless.

The band displays examples of the following: