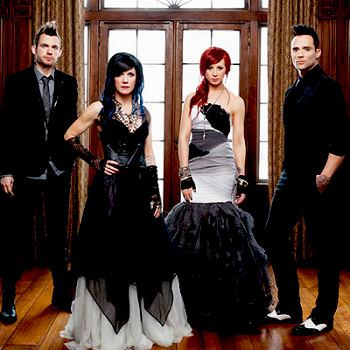 The band currently consists of:

Not to be confused with Skrillex.

I must confess that I feel like a troper: