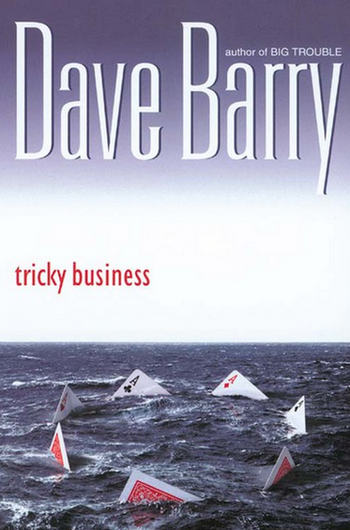 A novel by Dave Barry. Like his previous foray into fiction, Big Trouble, Tricky Business is set in Miami and concerns the interlocking stories of several quirky characters. It's another spoof of the crime drama, this time set on a casino cruise liner and involving a man dressed like a giant conch shell, air bag deployers that spray garbage on you instead of air bags, and the world's most valuable lifeboat.