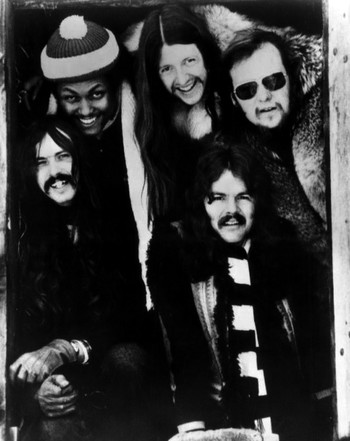 The Doobie Brothers are an American rock band from San Jose, California renowned for their emphasis on vocal harmonies. They started out in 1970 with a hard rock sound incorporating folk music and rhythm and blues under the leadership of Tom Johnston, when the constant touring and Johnston's own health problems were proving an issue for the band after 1975. Johnston ultimately had to leave the band to pursue a solo career in 1977, with former Steely Dan keyboardist Michael McDonald taking the reins. A year later the band released their biggest single: "What a Fool Believes". The corresponding album Minute by Minute had proven to be a tough act to follow, since 1980's One Step Closer had underwhelmed and received far less airplay compared to the previous album's output.

In 1982, the band had called it quits, only to regroup five years later with Johnston returning to the lineup. They have been a popular touring act since then, with venues quickly selling out the moment the band regrouped. In time for the band's fiftieth anniversary, they got inducted to the Rock & Roll Hall of Fame in 2020.

Tropin' it to the streets: