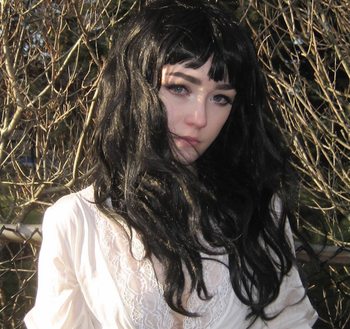 "You're cold on the inside,
there's a dog in your heart
and it tells you to tear everything apart.
My body's covered in teeth marks.
Your bite's worse than your bark.
You ruin everything you touch and
destroy anyone you love..."
— Nicole Dollanganger, "Dog Teeth"
Advertisement: