Film / The Three Faces of Eve 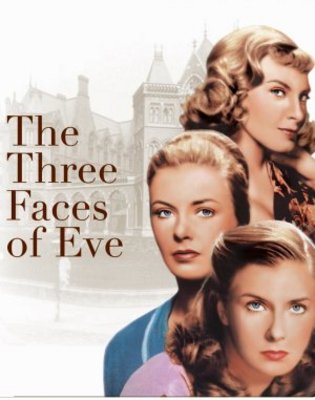 Woodward plays a Georgia housewife and mother with multiple personalities (names changed to protect the innocent to "Eve White", "Eve Black" and "Jane"). The film follows her doctors' attempts to learn her personalities, help her deal with the different people struggling in one body, and ultimately help them merge into a healthy human being. Woodward won a Best Actress Academy Award for her performance.

This film is the Trope Namer for:

"The Three Tropes Of Eve":