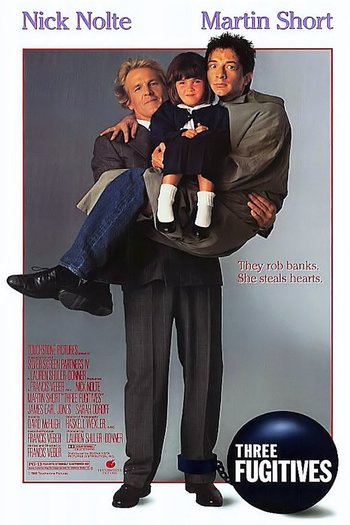 After five years in prison, Lucas (Nolte) is escorted to the Pacific National Bank by Detective Dugan (James Earl Jones) and Inspector Tener (Alan Ruck), where he is taken hostage by Ned Perry (Short). Mistaken for partners in crime, Lucas and Ned endure many misadventures as they attempt to retrieve Ned's mute daughter Meg (Sarah Rowland Doroff) and encounter a mad veterinarian (Kenneth Mcmillan) and other perils as they attempt to evade the cops and escape to Canada.