Film / A Nightmare on Elm Street 5: The Dream Child 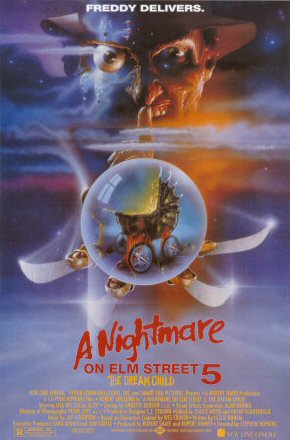 "It's a boy!"
Advertisement:

Because his mother's restless spirit is still trapped in the land of the living, Freddy Krueger "finds the key" to return to the teens' dreamscapes. As if that wasn't enough, he also decides to enter the real world by possessing Alice's baby, who is yet to be born, feeding him the souls of those whom he has killed.