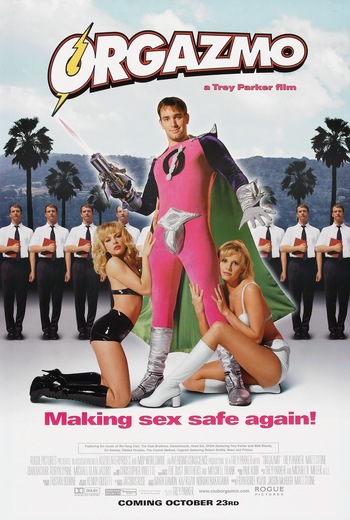 An early foray by Trey Parker and Matt Stone into the realm of feature films, made while they waited to find out if South Park was going to get picked up by Comedy Central. The film was released in 1997.

The film is infamous for receiving an NC-17 rating despite featuring no penetration whatsoever, any actual sex being no less explicit than a typical PG-13 comedy. It was to be the first of Parker and Stone's many battles with censorship.