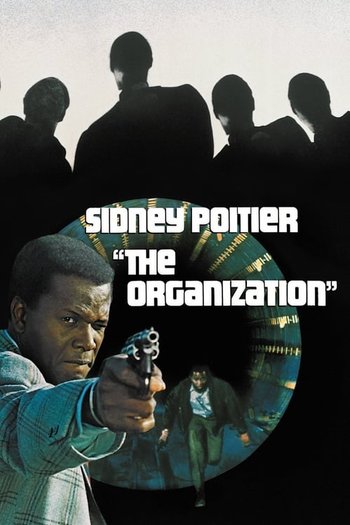 The Organization is a 1971 film directed by Don Medford.

A group of thieves breaks into the offices of Century Furniture Company in San Francisco. As it happens, the furniture supply company is a front for drug smuggling, as revealed by the $4 million in heroin the thieves steal from the coffers of Century. Factory manager John Bishop is left tied up at his desk...but when the cops arrive, he is dead. The autopsy eventually reveals that he was shot twice, with two different guns.

Detective Virgil Tibbs (Sidney Poitier) is assigned to the case. He soon gets an anonymous call telling him to be at a certain place at a certain time to learn the truth about the Alford murder. He goes to the rendezvous and is met by a group of vigilantes who say they robbed Century, and who show him the heroin to prove it. They explain that each of them has lost a loved one to heroin, and they are dedicated to taking "the organization" behind the heroin smuggling down. They insist that Bishop was alive when they left. Tibbs is initially reluctant, but soon agrees to join the vigilantes and take down the heroin ring.

The third and last movie where Sidney Poitier played Virgil Tibbs, after In the Heat of the Night and They Call Me Mister Tibbs!. Raúl Juliá appears in one of his first big movie roles as Juan, leader of the vigilante gang.