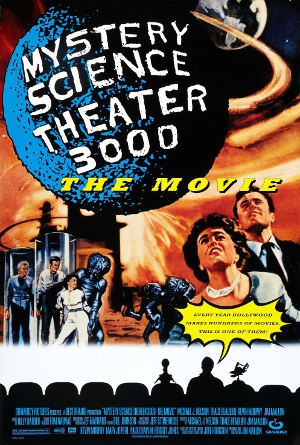 Every year, Hollywood makes hundreds of films. This is one of them.
Tom Servo: This Island Earth can be yours IF The Price Is Right!
Advertisement:

The MST3K movie contains examples of the following tropes: