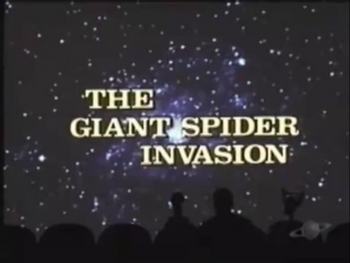 It's a Giant Spider Invasion of savings at Menards!

Mike Nelson and Kevin Murphy hosted a Bill Rebane Film Festival in 2005 mentioning that, while The Giant Spider Invasion is not a good movie, they can admire the director's ability to get it made.

During the crowd scenes in the MST3K version, Mike and the bots cheer "Packers won the Super Bowl! WHOOOO!!" This led to a resurgence of interest in the episode among fans in 2011 when the Green Bay Packers beat The Pittsburgh Steelers in Super Bowl XLV.