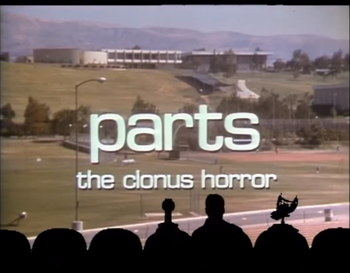 Reportedly, director Robert Fiveson wasn't too thrilled about getting MSTed until he saw the riffing of the scene where smoke seems to be emanating from Richard's nether regions as he shares a post-coital campfire cuddle with Lena:

Mike: (as Richard) I should go a little easier next time!
Tom: Only you can prevent groin fires.
Crow: She really was on top of Old Smokey, huh?

He was also very thankful when he was alerted by MSTies that The Island was a ripoff of his film, which resulted in a very generous out-of-court settlement.