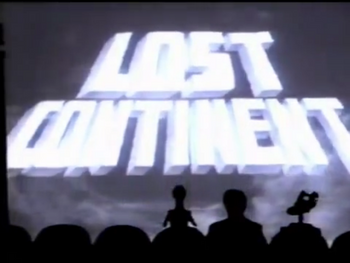 Lost Continent? I've lost my keys once, but that's ridiculous!

Robert Lippert also served as a producer on several other films featured on the show including Rocketship X-M, Radar Secret Service, and Jungle Goddess (sometimes credited as a "presenter").

Danny: Well, thanks for straightening the whole thing out, doc. You took the words right out of my mouth. Haha, what a relief. Well, good night.