Film / Mystery of the Wax Museum 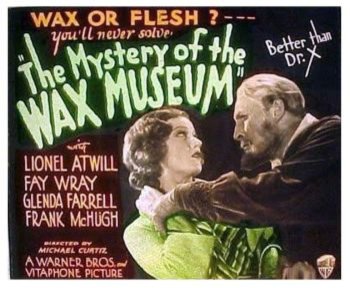 Mystery of the Wax Museum is a 1933 horror film directed by Michael Curtiz and starring Lionel Atwill, Glenda Farrell, and Fay Wray.

When sculptor Ivan Igor's wax museum is burned down by his treacherous partner, he is left devastated. Ten years later in then-present day New York, he opens a new museum, with more lifelike statues than ever before....