Typeset in the Future 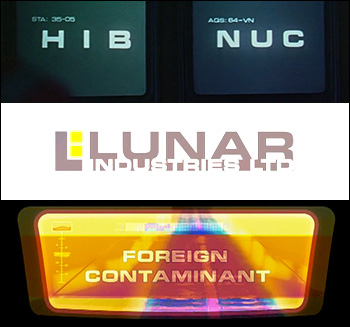 Examples of Eurostile from 2001: A Space Odyssey, Moon, and Wall E.
Advertisement:

Eurostile, its precursor Microgramma, and the very similar Bank Gothic, are sans-serif fonts used in many Science Fiction films to give a futuristic feel. In fact, they have been used so often that the presence of these fonts in the credits or set design now actually helps viewers to quickly understand the setting of the scene. They are most commonly used in their bold extended versions.

Common uses of Eurostile include signs on the inside (and outside) of spaceships; important text on computer display screens (especially those that need to be readable in long shots); dramatic film titles; and overlays on positioning shots to establish the location and / or chronology of the scene. A namesake blog

Compare and contrast Foreign-Looking Font when used in an historical context.

See also We Will Use WikiWords in the Future.