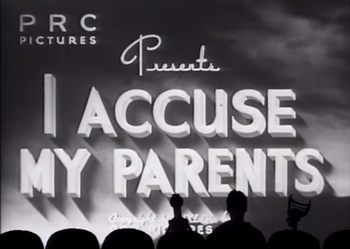 Films watched: The Truck Farmer (short) and I Accuse My Parents