Series / Space: Above and Beyond 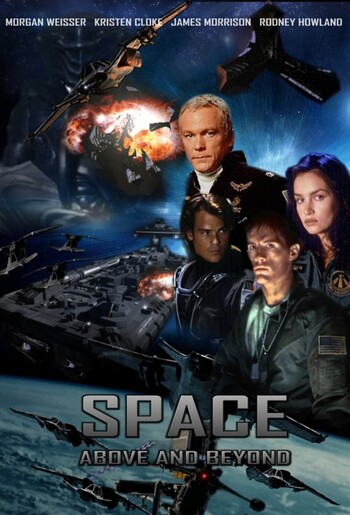 Space: Above and Beyond (1995-1996) was a Military Science Fiction series on Fox. Set in space around the middle of the 21st century, it focused on a group of young, ragtag Marines living aboard the carrier U.S.S. Saratoga. Humanity was embroiled in a war with an alien race known as "chigs." The central cast were Marine pilots in the 58th Fighter Squadron, or the Wildcards. The show often focused on current issues and introduced moral dilemmas without being pathetically obvious.

Fox, being Fox, dumped the show after one full season. The show ended with one character presumed dead, another two falling in an escape pod into enemy territory, one reunited with his prisoner-of-war lover, and the others in general limbo.