Literature / Under the Volcano 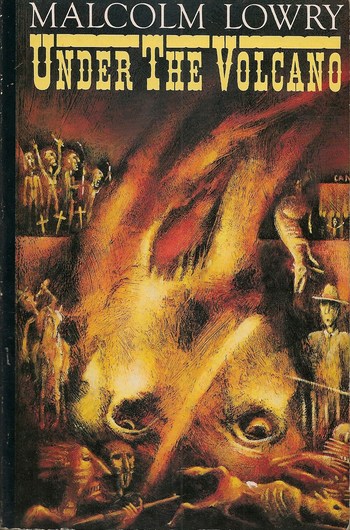 A modernist novel written by English author Malcolm Lowry and published in 1947.

Under the Volcano was strongly influenced by James Joyce and Ulysses, featuring stream-of-consciousness prose and recurring symbolism. However, the linguistic experiments are far less extensive.

Taking place on the Day of the Dead, 1938, in Mexico, it is the story of alcoholic British ex-consul Geoffrey Firmin; his estranged wife, Yvonne, and his younger brother, Hugh.

An earlier version from 1940 exists, but was roundly rejected by publishers, prompting a rewrite. A film adaptation was made by John Huston in 1984, starring Albert Finney and Jacqueline Bisset.

This book and its film adaptation provide examples of: