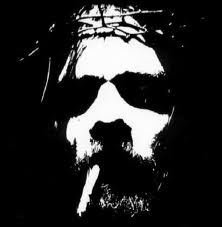 Bury Me In Smoke.
Advertisement:

Down is a New Orleans-based heavy metal supergroup formed in 1992. Featuring a who's who of heavy metal musicians from the city, with members of Corrosion Of Conformity (Pepper Keenan, guitars), Crowbar (Kirk Windstein, guitars, and Todd Strange, bass), Eyehategod (Jimmy Bower, drums), and Pantera (Phil Anselmo, vocals, a NOLA native although Pantera is Texas-based) originally, the group were long time friends from the city's metal scene that formed a jam project that began shopping demos to fans at concerts (members of the band themselves, without telling people they were in the band), they would get signed and release their first album NOLA in 1995.

The album was met with great critical success and decent commercial success (having the frontman of one of the biggest heavy metal bands at the time didn't hurt for word of mouth), as the band's NOLA influences fused with southern hard rock and traditional metal like Black Sabbath created a sound that was lauded. The group did a short 13-date tour before going back to their normal bands.

The band would remain on hiatus for seven years due to scheduling conflicts, but would reunite (with Rex Brown from Pantera now on bass) and record their long-awaited follow up, Down II: A Bustle In Your Hedgerow in 2002, recorded in one month while the group lived in seclusion in a barn owned by Phil, living off of "ramen, alcohol and drugs." While many critics thought it was a disappointing follow up, many fans cite this as their favorite album of Down.

They would continue to get back together every chance they got, releasing a third album in 2006, a live album in 2008, and currently releasing a fourth album via a trilogy of EP's. Rex and Kirk would also leave and be replaced, and the band now seems more of a "real" band and less a side project.

The bands love of classic metal like Sabbath is ever present, as well as a very southern and NOLA groove to their sound. Their erratic recording and touring schedule has probably hurt them from reaching true mainstream success, but they have an extremely loyal cult following. The track On March The Saints from their third album is used at New Orleans Saints games.

Down provides examples of the following tropes: