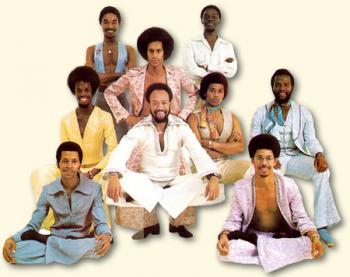 Earth, Wind & Fire are an American Soul group most popular in the 1970s. They were formed in Chicago in 1969 by Maurice and Verdine White, who later recruited eight other members to form the original 10-person lineup. They released two albums in 1971 while signed to Warner (Bros.) Records, including a Self Titled Debut Album. In 1972 they became a 12-piece group and switched labels to Columbia Records.

During their run, Earth Wind & Fire have mainly considered themselves an African American pop group, specializing in jazz and funk songs with a broad pop appeal as they strove to break the musical color barrier. During the Disco Era, they also Followed The Leader with some disco songs, though EWF has otherwise not considered themselves a disco group.