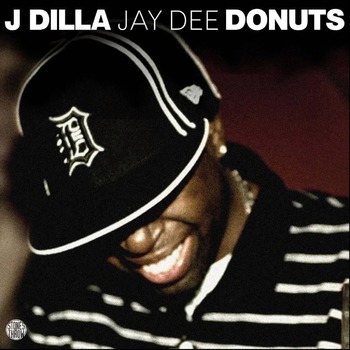 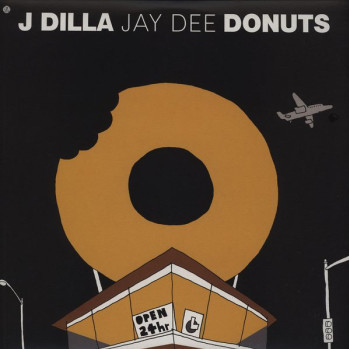 Workin' on it!
Advertisement:

Donuts is the second studio album released by American Hip-Hop producer J Dilla, and the final album released in his lifetime before his untimely death as a result of a rare blood disease and lupus. Largely in the instrumental hip hop genre, composed of remixed sampled content, the album was released on February 7, 2006, his 32nd birthday, and three days before his death.

In this sense, the album essentially functioned as Dilla's goodbye to his loved ones, his fans, and all of the hip-hop community. While the theme of mortality doesn't overtly manifest in the album's tracks, death definitely forms a conceptual undertone, what with some of the sample choices Dilla makes, and the album being structured as a perfect loop.

The album was kickstarted primarily by Dilla's friends from the Los Angeles-based indie label Stones Throw visiting him in the hospital during summer 2005 and giving him a Boss SP-303 sampler and a 45 record player so he could continue making music in the hospital. Dilla ended up completing almost all of the album (29 of the 31 tracks) in the hospital.

In terms of current-day legacy, the beats on Donuts have been used by a number of different rappers since the album's release. Also, as the album was named after Dilla's favorite food, donuts have become a lasting trademark for him, such that his uncle Herman Hayes started a donut shop in Detroit 10 years after its release named Dilla's Delights.

The Tropes of the Heart: