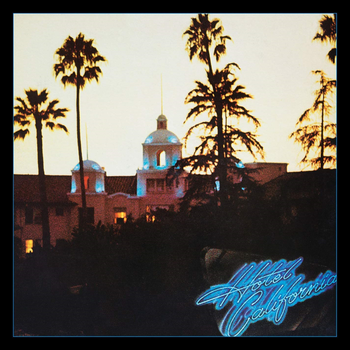 Hotel California is the fifth studio album by the Eagles, released on December 8, 1976. The album was their first with guitarist Joe Walsh, who helped write "Life in the Fast Lane" and sung lead on "Pretty Maids All in a Row". Currently the third-best-selling album of all time, it is best known for hit singles "Hotel California," "New Kid in Town," and "Life in the Fast Lane".

Side One Side Two
Advertisement:

"Life in the fast lane, sure to make you lose your tropes...":