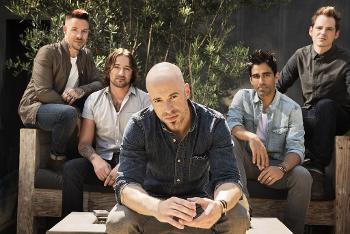 Daughtry is a rock band from North Carolina, USA, named after the lead singer. A fourth-place runner-up of American Idol Season 5, Chris Daughtry decided to form his own band after the show, rejecting Fuel's offer of a lead position.

The band rose to fame with their first single, "It's Not Over", as well as their self-titled debut album. Daughtry was produced under the labels of 19 Entertainment and RCA Records and stayed at #1 on the Billboard 200 for two weeks straight, making it the number one selling album of 2007 as well as the fastest-selling debut rock album in Soundscan history.