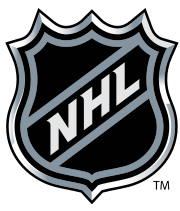 The National Hockey League is the top professional Ice Hockey league in North America. Founded in 1917, it is currently composed of 31 teams: 24 in The United States and seven in Canada, with the Vegas Golden Knights as the league's newest team. The Seattle Kraken will become the league's 32nd team in 2021. The Stanley Cup represents the league's championship, and is the oldest such trophy in North America; traditionally, each member of the championship team gets possession of Lord Stanley's Bowl for a day, and due to this has had some odd misadventures

along with the National Football League, Major League Baseball, and the National Basketball Association. However, especially in the Deep South, the NHL is often the butt of My Friends... and Zoidberg jokes in regards to this group (In which they are referred to as "The Big Three Sports … and Hockey."), due to among other things, the sport’s difficulty in appealing to the "Sun Belt" region considering that there is little to no snow in those areas and hockey is obviously most popular in places where it snows in the winter. That being said, the league makes up for it by being extremely successful in the northern states and especially in Canada.note To illustrate the point, the American NBC TV network acquired the exclusive national broadcast rights to NHL games for 10 years from 2011-2021 in the US for $2 billion, but the Canadian media company Rogers Communications paid $4.9 billion for the exclusive Canadian TV rights for 12 years from 2014-2026. When you consider that Canada has about 10% of the population of the USA, then the immense popularity of the league in Canada is obvious.

Each year since 2008, the league has hosted the Winter Classic on New Year's Daynote It was changed to January 2 in 2012 so as not to conflict with the NFL as New Year's fell on Sunday that year. which features two major rival teams in an outdoor game, usually at either an NFL or MLB stadium. The 2014 game (rescheduled from 2013 which was cancelled due to the league lockout) was held at the University of Michigan—significant because that institution just happens to have the largest non-motorsports stadium in the US. Beginning in 2010 (for the 2011 Classic), HBO began running NHL 24/7: Road to the Winter Classic which followed the two teams involved throughout the month of December leading up to the event.

In "the beginning",note The roots of the league go back to 1917 with four teams (among them the Canadiens and Maple Leafs) and grew to as many as ten before The Great Depression and World War II forced the league to downsize. there were the "Original Six", the six teams that formed the NHL from the folding of the New York Americans in 1942 until the league's expansion in 1967.

"I watch it for the fights!"

As noted on the main Ice Hockey page, The NHL is notable for being one of the only sports leagues where fighting (referred to in the league's official rule book as "fisticuffs") is considered part of the game and players are not automatically suspended for it. Among NHL players, fighting is mostly an honorable affair, and breaking "The Code" is a serious no-no, usually resulting in one of the other team's enforcers marking you for the rest of the evening and most games after, as well as painting a target on your back for the rest of the league.

To be succinct, fight with your fists, no sucker punches, and only fight if you are already on the ice when it starts. Breaking any of these rules gets you ejected for a game misconduct. In addition, if you participate in a fight, you receive an automatic five-minute major penalty (you sit out for five minutes but are replaced in the lineup. But get three of them and you're ejected), and if you started it, you get an additional two minutes for instigation (get two of those and you're ejected as well). Most times, to circumvent the instigation rule, players will try to drop their gloves at the same time, though if they're just that pissed, they won't care.

When a fight is going on, play stops completely. The refs only intervene when either nothing is happening, a player is getting utterly shit-stomped, or both players fall to the ice. If someone else tries to come in and double-team, the refs will put a stop to it immediately. Almost always, the fight will cause the crowd to get into it, even if the home team is down by several goals, and is an effective way at livening up an otherwise-dull affair.

Generally speaking, mano a mano fights aren't as common as one would think. While often sheer animosity can lead to two players dropping their gloves, most fights are usually done strategically, either as retaliation for a big or unnecessarily-brutal hit or by enforcers to give the crowd something to cheer for and get the players mentally reinvigorated on adrenaline. Considering that players often toe the line with what they can do without getting penalized (including slashes, water bottle squirts, and Your Mom! jokes), it takes something special to elicit this reaction from the players, but if taken too far, it results in a line brawl.

Line brawls are very rare, and almost always stem from rivalries or anger. Almost always, all five skaters on each side throw down, and sometimes even the two goalies will go at it. All players participating get five-minute majors, only the one who sparked the conflict gets the instigator penalty, and everyone has to skate on over to the penalty box to wait out the five minutes rather than just running off five minutes from the clock.

Current League Format: The league is currently divided into two conferences (Eastern and Western), each with two divisions (Atlantic and Metropolitan for the East; Central and Pacific Divisions for the West). The conferences used to be named the Prince of Wales Conference and the Clarence Campbell Conference (respectively), and the divisions used to be called the Adams, Patrick, Norris, and Smythe before 1993. At the start of the 1993–94 season, Commissioner Gary Bettman realigned and renamed the conferences and divisions (Eastern and Western Conference; Atlantic, Northeast and Southeast division for East, Pacific, Northwest and Central for West). Another realignment, which took place prior to the start of the 2013–14 season, became necessary after the Atlanta Thrashers, who were in the Southeast Division, moved to Winnipeg, screwing up the alignment of the Eastern Conference. From 1981 to 2013, the Campbell/Western Conference had four different members at times located in the Eastern Time Zone, limiting the amount of road games these teams could play in their own time zone. The first of these teams to move to the Eastern Conference was the Tampa Bay Lightning, who spent only one year in the Campbell Conference, their inaugural season, before moving east in 1993. The Toronto Maple Leafs moved from the West to the East (and into the same division as their provincial rivals, the Ottawa Senators) in 1998, and finally, the Columbus Blue Jackets (established in 2000) and Detroit Red Wings moved east in 2013, moves that were made possible by the relocation of the Thrashers to Winnipeg (but in the process, went from being division rivals to playing in separate divisions - Columbus in the Metropolitan and Detroit in the Atlantic, which also contained the Maple Leafs and Lightning). In all of these instances, the moves from the Western Conference to the Eastern Conference were very much welcomed by the teams and their fans, as the teams now played far more road games in the Eastern Time Zone.

For the 2020-21 season, the league temporarily realigned into 4 divisions (East, Central, West, and North) due to cross-border travel restrictions due to the ongoing COVID-19 Pandemic. The regular season is reduced to 56 games, and the teams' schedules are relegated to their own division in the regular seasonnote The American teams play their 7 divisional opponents 8 times, while the Canadian teams play 4 of their opponents 9 times and 2 opponents 10 times; also to reduce travel, teams play consecutive games at the same arena and the first two rounds of the playoffs, with interdivision play only occurring in the Stanley Cup semifinals and finals. The 7 Canadian teamsnote Calgary, Edmonton, Montreal, Ottawa, Toronto, Vancouver and Winnipeg were placed in the North Division while the 24 American teams were equally divided among the remaining threenote The East Division consists of Boston, Buffalo, New Jersey, NY Islanders, NY Rangers, Philadelphia, Pittsburgh, and Washington. The Central Division consists of Carolina, Chicago, Columbus, Dallas, Detroit, Florida, Nashville, and Tampa Bay. The West Division consists of Anaheim, Arizona, Colorado, Los Angeles, Minnesota, San Jose, St. Louis, and Vegas.

Two Roads to the Top: Unlike Major League Baseball, which runs its own farm teams, and basketball and football, which rely almost entirely on NCAA college ball to develop the rising generation of players, the NHL splits recruiting between two parallel systems: the NCAA and the Canadian Hockey League (also called the Major Juniors). Both of these, in turn, increasingly recruit from both sides of the border and both offer unique advantages to players — the CHL offers an earlier start (age 16 or occasionally earlier if a player is considered exceptional) and faster track while the NCAA offers a degree from a (sometimes quite prestigious) U.S. university as a fallback and more stability (CHL players can be traded at a moment's notice just like NHL players, while of course at an NCAA school, you stay in one place until you graduate, drop out, voluntarily transfer, or get kicked out for misconduct).note We should note here for people planning to watch NCAA hockey that because hockey is so regional, its Division I conferences are quite different from those in other sports; many smaller schools from cold places are Division I in hockey. What's more, the conferences were even more different until a few years ago. Another option is the United States Hockey League (USHL), also a junior league.

While both draw from the same pool of youth hockey players, once a player has committed to one or the other there's no switching — the NCAA considers (ex-)CHL players professionals ineligible for their "amateur" sport while a player with a year in an NCAA program under his belt would be, at 19, too old to start out in the CHL (although both retain existing players up to age 22–23). The USHL, on the other hand, is strictly amateur, which allows players to go to the NCAA.

The NHL also recognizes two minor leagues for player development: the American Hockey League and the ECHL (an Artifact Title, it was known before 2003 as the East Coast Hockey League, but now has teams throughout North America), roughly equivalent to AAA and AA in baseball, respectively.

As with any sports league, the NHL has more than its share of awards for both outstanding individuals and teams. Most of these are presented at a special awards banquet after the end of the Stanley Cup Final, though the 2019–20 awards were announced one at a time due to COVID-19 disruptions. They are as follows:

Team Awards
Individual Awards
The league hands out a boatload of annual individual awards. Except as noted, these are voted on exclusively by sportswriters who cover the league.

Example of:
Every Year They Fizzle Out