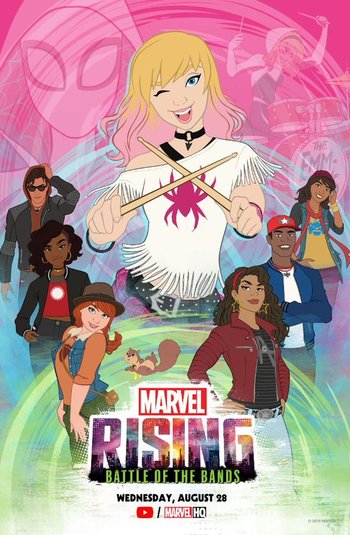 Ghost-Spider/Gwen Stacy is having difficulties juggling her civilian life with her superhero life. Her band has a Battle of the Bands coming up, but her plans are thrown awry when a series of mysterious attacks start hitting around the city.

The special debuted at D23 Expo 2019 and was released on the Marvel HQ YouTube channel the next week, on August 28, 2019. It can be viewed here

It is followed by Marvel Rising: Operation Shuri.