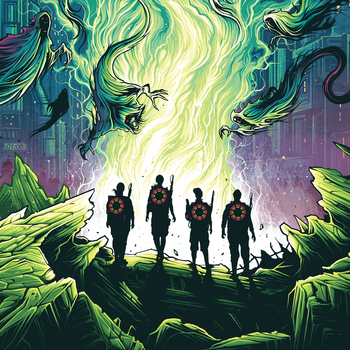 A ghost invasion is when the spirits of those who have passed encroach upon the Earth en masse. Such a supernatural onslaught can be the Big Bad's plan, a side effect of said plan, or a regularly occurring event (often on or around Halloween).

Compare Alien Invasion, Hell on Earth, and Zombie Apocalypse for similar, otherworldly events and trespassers. Cavalry of the Dead is similar, but those dead are usually good guys, not neutral or evil. Not to be confused with Legion of Lost Souls, which is about the French Foreign Legion.