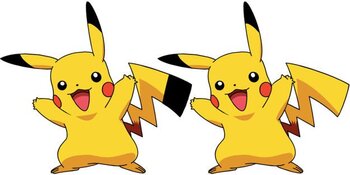 Did you know Curious George never had a tail? Or that Pikachu's tail never had a black tip? Or that it's spelled Berenstain with an A and not Berenstein with an E? The Mandela Effect is when a large number of people share a false memory.

When it comes to fiction, this can be anything ranging from misremembering a visual detail to remembering a scene that never existed.

documenting this strange phenomenon (Many fans of the concept also claim it's not Fake Memories, but glimpses into alternate universes, but that's another thing entirely).