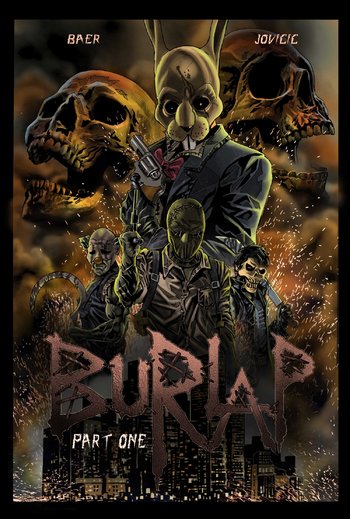 In 1995, the town of Metutchan, New Jersey is tightly gripped in the clutches of fear. A four-man gang of Serial Killers is roaming the streets. Lead by the malicious Cottontail, they take lives and leave not but death and bloodshed in their wake.

However, a ghost of their past is coming back to haunt them. A mysterious vigilante wearing a burlap sack on his head has made it his mission to end the reign of Cottontail and his cronies. By ending their lives.