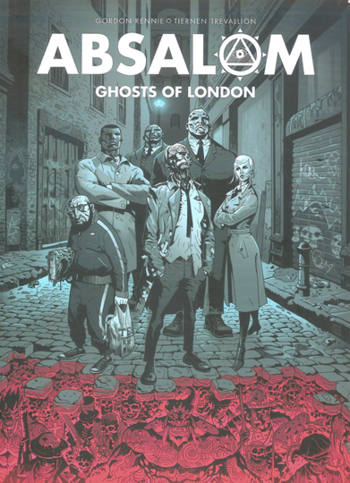 Absalom is a comic that was featured in 2000 AD.

Police inspector Harry Absalom leads a team tasked with policing the terms of the Accord, a treaty between the British Crown and Hell.