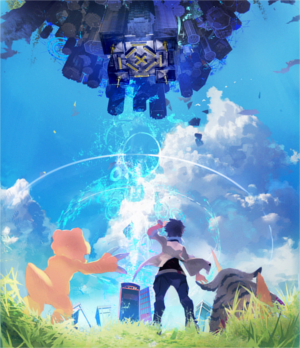 -next 0rder-'s plot follows Ordinary High-School Student Takuto/Shiki on their journey away from boring exams and into the digital world, where they meet their Digimon partners. After defeating an attacking Machinedramon, the protagonist is whisked to Floatia, the last refuge against the Machinedramon rampages that have been going on throughout the Digital World. Tasked by Jijimon to find out why this is happening in exchange for help with finding a way back to the real world, Takuto/Shiki embark on a strange journey in a stranger world, make new friends with both Digimon and humans, and discover a sinister plot involving both worlds.

The game was released on the March 17th 2016 in Japan, with a western release exclusively on PS4 in early 2017. The first trailer can be viewed here