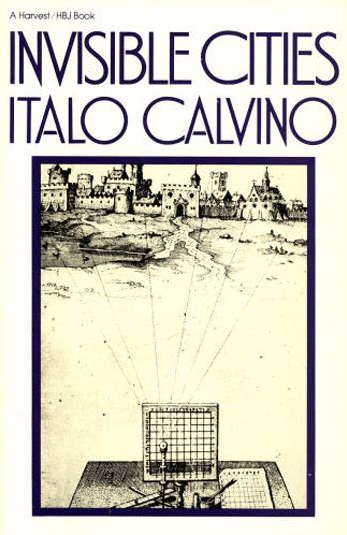 Invisible Cities is a novel by Italian author Italo Calvino, who also wrote If on a winter’s night a traveler. Like most of Calvino's works, Invisible Cities is as much a puzzle box as a story: it plays with the concepts of language, imagination and communication.
Advertisement:

The novel is framed as Marco Polo's descriptions of the many fantastic cities he has seen, delivered to Kublai Khan as he expands his empire. Each city is described by a prose poem, interspersed with dialogues between the two men. While the concept is simple, the description of each unique city serves as a meditation upon culture, language, time and many other topics, and it is up to the reader to find the patterns that they form together.

Oddly enough, it is not an example of The City or Urban Fantasy.