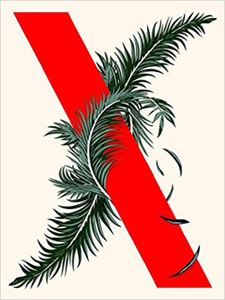 Cover of the collected edition, titled simply Area X.
Where lies the strangling fruit that came from the hand of the sinner I shall bring forth the seeds of the dead...
Advertisement:

The Southern Reach Trilogy is a book series written by Jeff VanderMeer.

The Southern Reach is a secret government agency responsible for investigating and hiding the existence of Area X, a remote region of swamps and coastline which was one day surrounded by an invisible and nearly impenetrable barrier. Strange phenomena have been occurring in Area X ever since, and the Southern Reach has been sending in team after team in an attempt to find out what was responsible for the Area's creation — and if it poses a danger to the outside world.

The series consists of three volumes.

There is a film adaptation

Tropes appearing this series include: