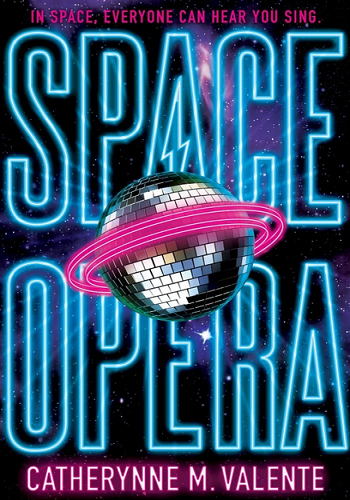 Life is beautiful and life is stupid.

When the aliens came, no one expected the fate of the Earth to depend on putting up a song and dance number. Space Opera is a book by Catherynne M. Valente, the story of Decibel Jones and the Absolute Zeroes, Mira Wonderful Star and Oort St. Ultraviolet, or rather, what's left of them after a tragic roadshow accident, being enlisted as the only (living) pop group on Earth that has even an ice cube's chance in hell of not placing dead last in the Galactic Grand Prix: the yearly talent contest that decides both galactic resource allocation, whether new found species are sentient (and thus saved from being preemptively cleansed by a atomic fire) and the galaxy's new best singles for the pop charts.