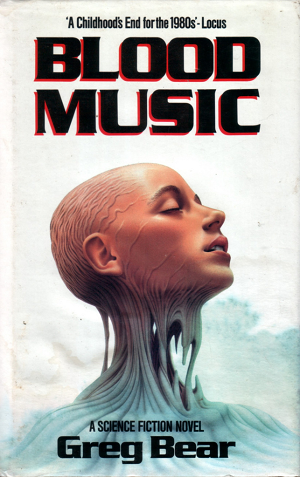 Blood Music is a Science Fiction novel by Greg Bear published in 1985 based on his 1983 novelette of the same name. The novel has won a Hugo Award and a Nebula Award.

Biotechnologist Vergil Ulam creates simple biological computers based on his own lymphocytes ('noocytes'). After his employer orders him to destroy them, Vergil injects them into his own body with the intention of smuggling them out to work on them elsewhere. They attain self-awareness, and Hilarity Ensues.