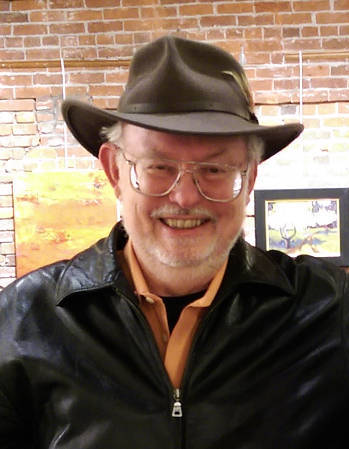 Greg Bear is an American author of Speculative Fiction. He is the son-in-law of SF writer Poul Anderson, and, like his father-in-law, he is best known for his hard science fiction, although he has also written Fantasy novels.

He most well-known work is the classic SF novel Blood Music, a ground-breaking story about nanotechnology, but his recent series, The Forerunner Saga, based on the Halo video game series has opened up a new audience for him. He was one of the authors who contributed to Bruce Sterling's Mirrorshades: The Cyberpunk Anthology, which was one of the defining works of Cyberpunk, but has not been particularly associated with cyberpunk beyond that. In fact, he is often mentioned as one of "the Killer B's", a group of writers that also includes David Brin and Gregory Benford, who are sometimes credited with revitalizing hard science fiction after the rise of cyberpunk. The Killer B's each wrote one volume of a prequel trilogy to Isaac Asimov's Foundation Series.

Works by Greg Bear include: