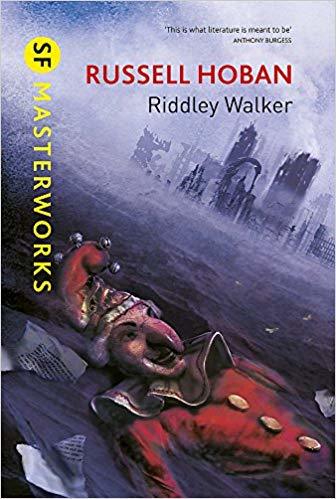 "O what we ben! And what we come to!"
Advertisement:

A novel by Russell Hoban, set two (or perhaps three) millennia After the End.

Like A Canticle for Leibowitz, it deals with quasi-religious themes and ancient nuclear weapons. Unlike Canticle, it's about as pellucid as a brick, being written in what the author thinks English may evolve into 2000+ years down the road; understanding some of the passages can give even die-hard Finnegans Wake fans a run for their money. It's drenched with symbolism and double (or even triple) meaning, and is a favorite of those literature professors who have to teach a course in Science Fiction literature.

It was nominated for a Nebula Award in 1981.