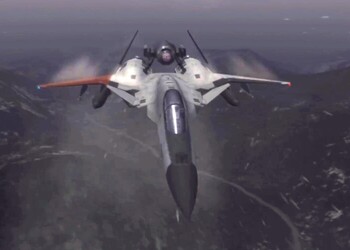 "I don't know what this plane is, but it's VERY, VERY EXPENSIVE!"
"Beeblebrox stole the Improbability Drive ship when he was, in fact, meant to be launching it."
— Newscaster, The Hitchhiker's Guide to the Galaxy (2005)
Advertisement:

So you just found out that the enemy is developing a new Super Prototype that will alter the course of the war. What are you gonna do about it?

The simplest answer seems to be to destroy it, but this more often than not ends up with some Ordinary High-School Student Falling into the Cockpit, and then you're really boned. You can come up with prototypes of your own to counter it, but this could just end up creating a Sorting Algorithm of Evil that'll lead right to your doorstep. So why not just take it for yourself?

This has a double benefit: Not only does it deny the enemy a powerful weapon, but you gain said weapon in the process, which is often good for a Vehicular Turnabout. You might wanna kidnap, steal or wipe out the project data, other prototypes you can't take with you, and/or the inventor(s) while you're at it.

If this is done by The Protagonist the story usually focuses on their attempts to get back into friendly territory with their prize. If the story is told from the view of the inevitable pursuers, then they will be attempting to recover or destroy the new unit before it can get away.

Falling into the Cockpit can coincide with this, all depending on what side the would-be pilot was aligned with before it happens. See Phlebotinum Rebel, where the heroes hijack themselves. May overlap with High-Speed Hijack if the vehicle is in motion when stolen. Compare and contrast Sabotage to Discredit, which at least deprives them of the invention even if you don't gain it for yourself. This isn't meaning a crossover between Grand Theft Auto and [PROTOTYPE], although that would be awesome.

Overlaps with Hijacking Cthulhu if the mech in question is a Mechanical Abomination.

Well-placed shots to the cockpit can free up this armored walker, which you can then take for your own.

Well-placed shots to the cockpit can free up this armored walker, which you can then take for your own.